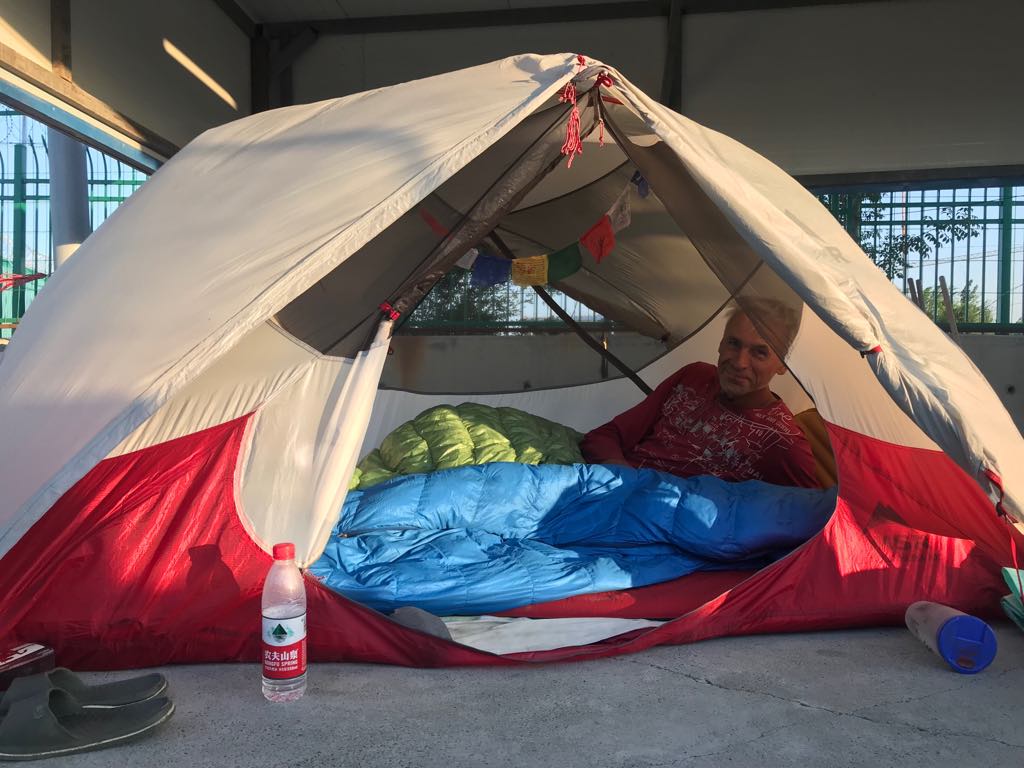 In my last post “Alone In China” I mentioned being ushered from foreign hotel to foreign hotel. In Xinjiang Province, there are certain hotels specifically for foreigners. They are a rare find, however.

One afternoon, for example, I was taken in a police van for 200 km, past four different cities, in search of a foreign hotel. Once we finally reached the intended city, the border patrol told us that, in fact, there was no foreign hotel here, either. It was 11 pm at this time and I actually started laughing out loud. “HAHA Why did you take me here!!!?” They were just doing their job, I understood that, but REALLY?! Isn’t that something that you’d check before driving for hours?!! It was a bit comical, but I had a situation on my hands. Camping is forbidden, but there is no foreign hotel. What to do?

Then, I saw him. A tall, lanky, string bean of a man with white hair, sun tanned skin and micro mini pink short-shorts. I probably scared him half to death when I ran over screaming “HELLO! WHERE ARE YOU FROM? YOU’RE THE FIRST FOREIGNER I’VE SEEN IN DAYS! WHEN DID YOU GET HERE?” It was a bit much. But I was so unreasonably excited to speak to someone and have a big ole laugh about what we were going through separately but together.

His name is Marcel, or something like that. He’s an adventurer from Belgium that was traveling by tricle (trycle?) The point was to race other Europeans to Beijing using only solar power and human power.

Anyway, overwhelmed by my energetic presence or not, Marcel and I decided to persuade the guards to let us pitch our tents at the border where they could see us and we’d be on our way early morning. They reluctantly agreed and we started unloading our things.

Marcel didn’t have a free-standing tent so I offered for him to share my tent. He looked trustworthy enough. We spent the night sharing tales of the road and about our lives before this adventure and at some point in the conversation we drifted to sleep. Thank the universe he wasn’t a creep or a snorer. We slept well, despite the occasional truck headlights illuminating the tent and were both up at 7 am saying our goodbyes and riding our separate ways. 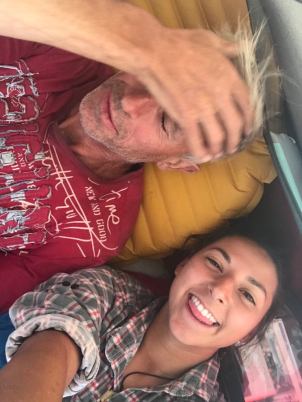 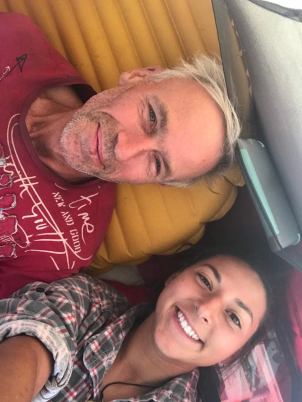 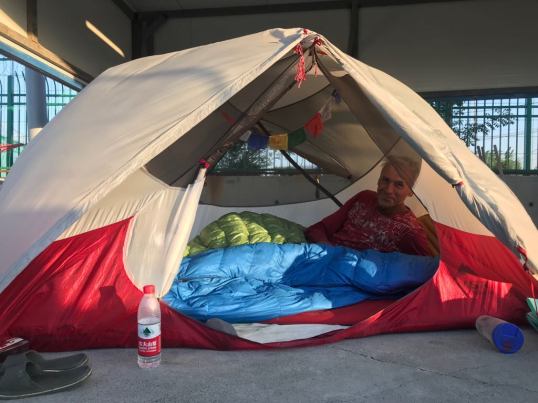 I had many a strange sleep in Xinjiang Province, the last, however, was probably amongst the strangest. It was my last day in the province and I had spent that day zooming downhill through a lush gorge with waterfalls, horses and small yurts tucked between rock walls. Finally arriving to the border town, Khorgas, I searched for a foreign hotel to sleep. It was near nightfall and I had been to about 15 hotels which had all rejected me. “No foreigners allowed” they said. Strange for a border town. So, I went to the one place that I had been avoiding for the past week– the police station, to ask for help. They accompanied me to 3 or 4 more hotels until eventually, they also gave up. I was nearly in tears, exhausted from the day and from the constant rejection.

A woman who worked in the last hotel was watching and listening as the police officers tried to decide what to do with me. Eventually, she approached. She spoke to them in Chinese, left, spoke to her boss and returned. They chatted some more amongst themselves until eventually, they told me she’d let me sleep in her room beneath the hotel. “Is that okay?” They police asked me through their phone translators. “Yes, thank you!!! Any bed at this point is fine!!”

The woman led the police officers and me to the back of the hotel through an alley way that smelled of piss and cigarettes. Rats scurried from behind boxes when they heard our footsteps approaching the backdoor. It creaked open with difficulty and we proceeded down the dark steps and into a hallway lit with flourecent flickering lights and finally into her bedroom. There was a single bed with colorful bedsheets and a dresser with photos of her friends and family, a hairbrush and some make up. In the corner of the room were a couple of pairs of clothing and her uniforms. 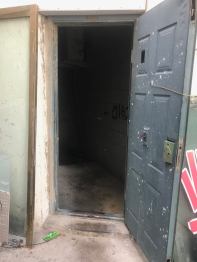 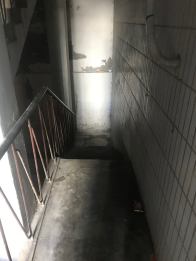 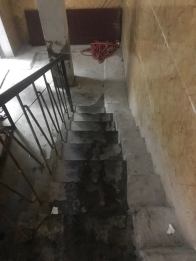 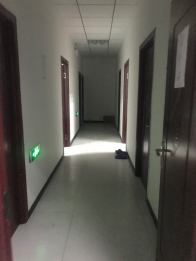 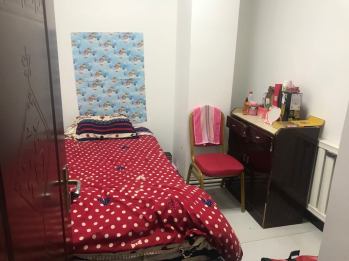 She told me I could stay for free and that she would go to a friends house for the night. “The shower’s just there” She pointed to the room next door. “Sorry about the smell.” It was, indeed, repulsive. But I hadn’t showered in a few days so I held my breath and made it a quick one.

I slept well that night, got up in the morning, and got the hell out of China.

I'm a 25 year old recent graduate of Penn State and am embarking on a mission to see the world in hopes to unlearn, relearn, connect and just be me for a while. View all posts by nicoleheker Hello! I’m Nicole. I’ve been solo-traveling the world for the past two-years all while managing the Happy Kids Center along with my two partners, Ellen and Joyce. I believe in power of writing my own myth. I believe in following my bliss. I believe in experience.